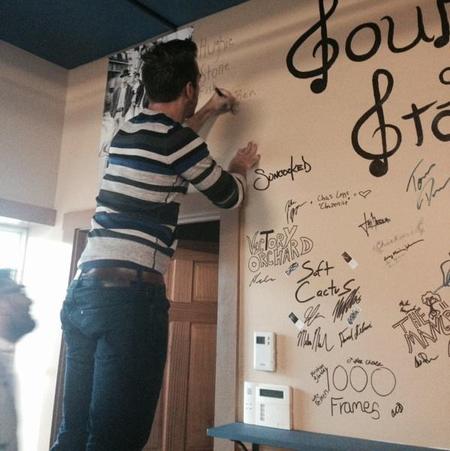 Ben is a multi-instrumentalist with roots in the Central New York countryside. A Songwriting degree from Berklee College of Music in Boston sent Ben to Los Angeles where he spends his time playing shows, writing songs, and educating. Ben is touring in support of the album that he recorded in Nashville and Los Angeles with Julian and Peter Frampton entitled, "Half & Half".

Ben toured the east coast with Hughie Stone Fish in May of 2015. You can find Ben in LA at any venue with music, from the House of Blues to IO West. He can also be found in orchestras around the Southern California theater community. Ben recently performed in live productions of Tarzan and Mary Poppins.